What’s That Absorbent Food Pad in My Meat Packaging

If you’ve ever eyed that strange material lingering under your store-bought meats, wondering about its purpose, you’re not alone. Though just about every kind of packaged poultry or meat contains one of these liners, chances are you’ve never paid it much attention or bothered to learn anything about it until you’ve accidentally cooked one along with your protein and had to fret over whether or not the whole meal had to be tossed out.

The purpose of the thin white absorbent food pad that comes in your packaging, as the name would suggest, is to soak up the liquids that naturally ooze out of meat, poultry, and seafood over time, preventing them from pooling in the package. While this helps to keep the kitchen mess at a minimum, it also serves a couple of important food safety tasks.

The liquid from your raw poultry and meat can contain active bacteria that could be dangerous to your health in its raw state. So, the absorbent food pad serves to absorb these potentially harmful liquids before they can leak, spill, or drip onto your counters and other food preparation areas, containing these bacteria as effectively as possible. The pads also help to keep meat safer and fresher on the shelf, as sitting in a pool of this liquid could cause more bacteria to breed in the meat, leading to a higher risk of foodborne illness.

According to the U.S. Department of Agriculture, who oversees all of the production, packaging, and safety standards of food made in the U.S., those absorbent food pads are made from specific forms of paper with a plastic liner. And while the idea of plastic coming into constant contact with your meat for days—or even months in the freezer—isn’t exactly appetizing, there’s an elaborate system in place to make sure your meat is as safe as possible.

In fact, the packaging materials that accompany meat and poultry are way more regulated than you might expect, and are closely overseen by the FDA to guarantee they don’t contain any harmful chemicals that could leech into the product over time. These requirements are so strict that each and every material that goes into the packaging of your chicken or steak—including that absorbent food pad—must be individually petitioned and approved by the agency before it can even come in contact with your protein.

The majority of these pads are made from one of two absorptive materials: Silica gel (purified sand) or cellulose (a purified plant fibre), which are then coated in a non-toxic plastic wrapping that’s perforated, allowing the liquid to seep in and stay there. While this thin pad might not look mighty enough to soak up much liquid, both of these materials are surprisingly absorptive and hold more liquid than the meets the eye. In fact, according to one manufacturer, each pad can hold up to 40 grams of liquid.

So, what happens if you accidentally cook that liquid-soaked pad? In a nutshell: It’s probably no big deal. According to the USDA Food Safety and Information Services, as long as the absorbent food pad is not melted, torn apart, or broken open after the meat has been cooked, your food is safe to consume. As for the bacteria contained within the pad, it will be killed during the cooking process, similarly to any bacteria within the raw meat.

And how about if you accidentally ate some of the plastic before realizing it was there? Once again, no need to panic. Neither of the two main forms of absorptive material used to form the pad is digestible. Therefore, even if you somehow consumed a small portion of the paper without realizing it, it would move straight through your digestive tract and not break down whatsoever in your system. Though it’s obviously not recommended to deliberately eat this material, consuming a small amount is highly unlikely to make you ill.

At the end of the day, that mysterious absorbent food pad is nothing to be wary of—and in fact, could be the thing keeping you and your meat safe and sound. 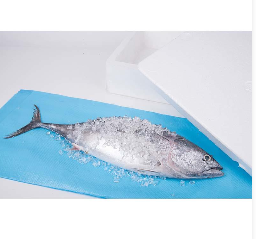